Do The Right Thing

"Have the courage to say no. Have the courage to face the truth. Do the right thing because it is right. These are the magic keys to living your life with integrity."
~ W. Clement Stone 1902-2002, Businessman, Philanthropist and Author 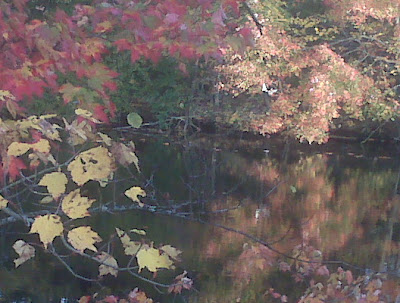 Posted by Susan Komisar Hausman at 3:34 PM No comments:

Each time I lead a Stewards of Children training, discussion ensues about those elements most common to child sexual abuse cases. I remind attendees that what happened in the Catholic Church just reverberated louder and longer than most cases, which are either never discovered or only briefly make it to the local newspaper. What happened in the Church, and now allegedly and very publicly in the Sandusky case, happens around the globe in youth-serving organizations of every kind, in communities in denial, in families - everywhere. Covering up for what one has seen or learned, allowing the predator(s) to move on to other victims, never reporting to the proper authorities, making excuses for someone no one wants to come forward and name (in the Sandusky case, according to legal documents, 2 of those who never reported attributed his behaviors in the showers with boys to "horsing around") - these are common elements in abuse cases, elements that our society too often has turned a blind eye to, allowing abuse numbers to become epidemic and keeping our culture from doing what needs to be done to put an end to abuse.
Already Sandusky's defense attorney has issued statements calling into question the truthfulness of the boys involved and reminding everyone that many of them come from "dysfunctional families," as though that would bolster his allegations that they are lying.* Never mind that one witness, the one deemed most credible by the grand jury, had testified to actually seeing Sandusky anally penetrating one of the boys in a shower. The defense atty. goes on to talk about how it's possible that the boys could have misconstrued a playful pat on the knee (IN THE SHOWER) as something sexual.* Hello? What on earth would he be doing anywhere near them in the shower? Boundaries. Inappropriate behavior. And, given the gravity of the allegations, likely much, much worse.
The mother of one of the boys spoke of her feelings after learning about the charges, "I just got goosebumps, seriously. I just lived with this for so long, and it killed me when people talked about him like he was a god and I knew he was a monster."*
Here is the gist of this post: until we start changing how we think about abuse we will not change how we respond to it. Until we understand that ANYONE - man, woman, older/larger children, white, black, Hispanic, Indian, Native American, Christian, Jew, Muslim, Hindu, etc., etc., - someone we've loved, admired, revered - can be a predator, we will not change the culture from one that, admittedly or not, enables abuse to one that will not tolerate it. Whatever the reasons people have for not doing the right thing, either in creating enforced policies that work to prevent the abuse in the first place or facing down their own personal, internal fears and barriers to reporting, it's time for us as a society to say we won't tolerate it anymore. When the needs and safety of children are truly our # 1 priority, as evidenced in our behaviors, we'll have a changed culture.

* While info for this post came from reading many articles, PennLive.com put much of the available info into an exellent post HERE. I referred to their article for my post and I encourage you to read it and share it.
Posted by Susan Komisar Hausman at 12:32 PM No comments: